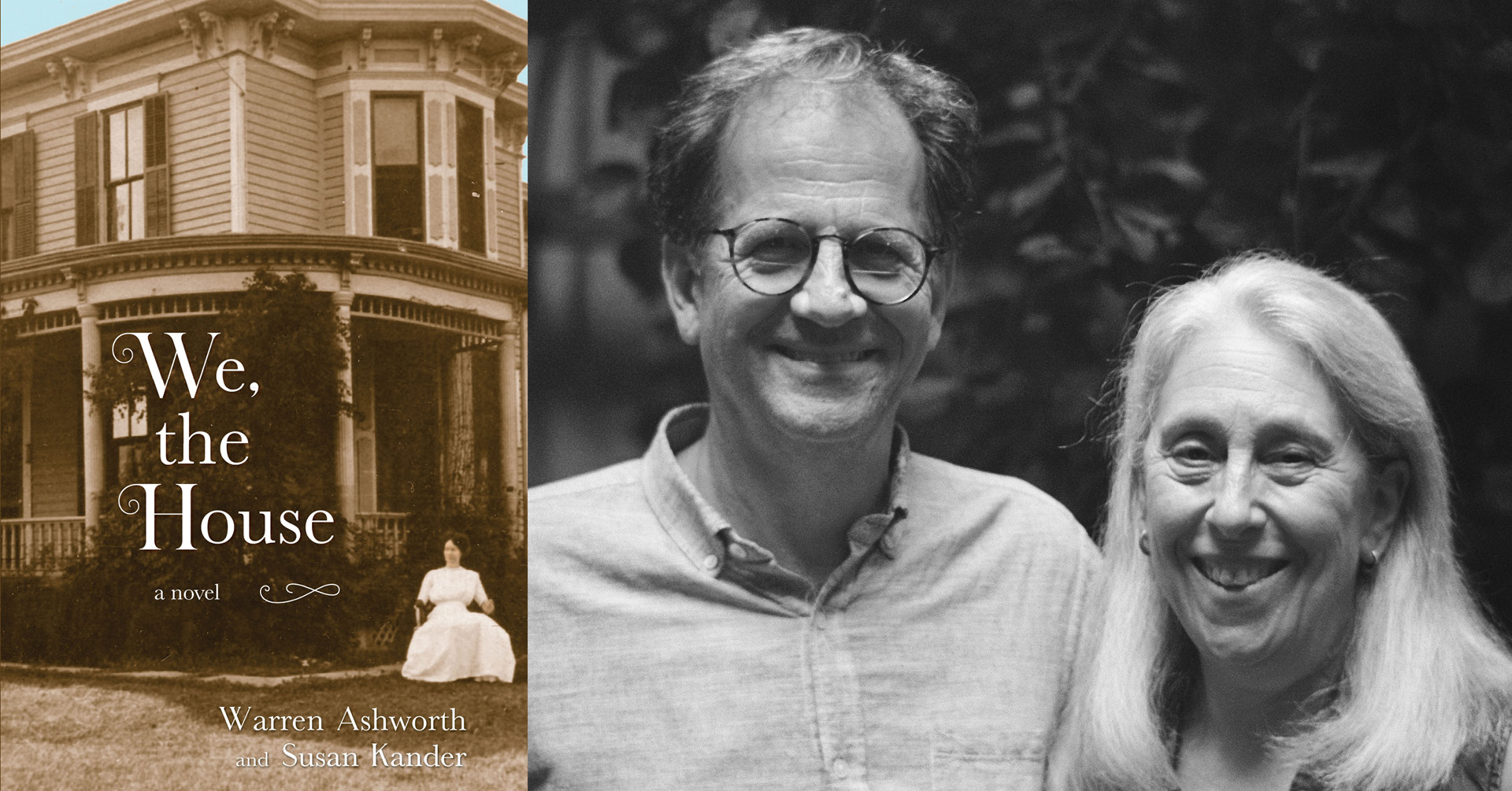 Author Talk: "We, the House"

Newton Public Library and the Warkentin House Museum present a public reading of We, the House, a new historical novel set in Newton. Please join authors Warren Ashworth and Susan Kander for this event.

The reading will be held at the Warkentin House, 211 E. 1st, at 7 p.m. on Friday, April 22. Admission is free; donations to the museum will be gratefully accepted. Attendees are asked to wear masks.

The reading will also be streamed live on the Newton Public Library Facebook page.

About the Book and Authors:

"We, the House" begins in 1878 the frontier town of Newton, where a battered Civil War Union veteran builds his new wife her dream house, an Italianate glory she names Ambleside. Soon, an early American portrait of Mrs. Simon Peale arrives from Hartford, Connecticut, to dignify the dining room wall. When the portrait’s existential yelp causes house and painting to discover each other, Ambleside is a perfect ‘tabula rasa,’ almost literally born yesterday. Mrs. Peale is a devastated young widow, a starchy professor of Latin, who has been dead since 1841. Together, through the lives and generations of ‘their’ family, this disarming odd couple witnesses and tries to comprehend the panorama of American social history–from women’s suffrage, three wars, the ice box, photography, and the invention of the two-by-four, to indoor plumbing and electrification, the Dust Bowl, the Depression, and Dachau, foxglove, the Love That Dare Not Speak its Name, the song of the catbird, and Little Women. Over the decades, a most unusual love develops between them and quietly deepens, until one day in 2010 an art historian from New York happens to see the portrait of Mrs. Peale and, abruptly, everything changes.

The authors of We, the House are Warren Ashworth and his wife Susan Kander. Susan was born and raised in Kansas City. Warren and Susan first visited Ambleside – which is a real house in Newton being lovingly restored by its current residents – in 2007. Ever since, the house has been the centerpiece of Ashworth’s architectural history lectures at the design school where he is a professor. This is a first novel for the couple. Susan is a composer, most recently of the opera dwb (driving while black) which was workshopped at Kansas University in Lawrence