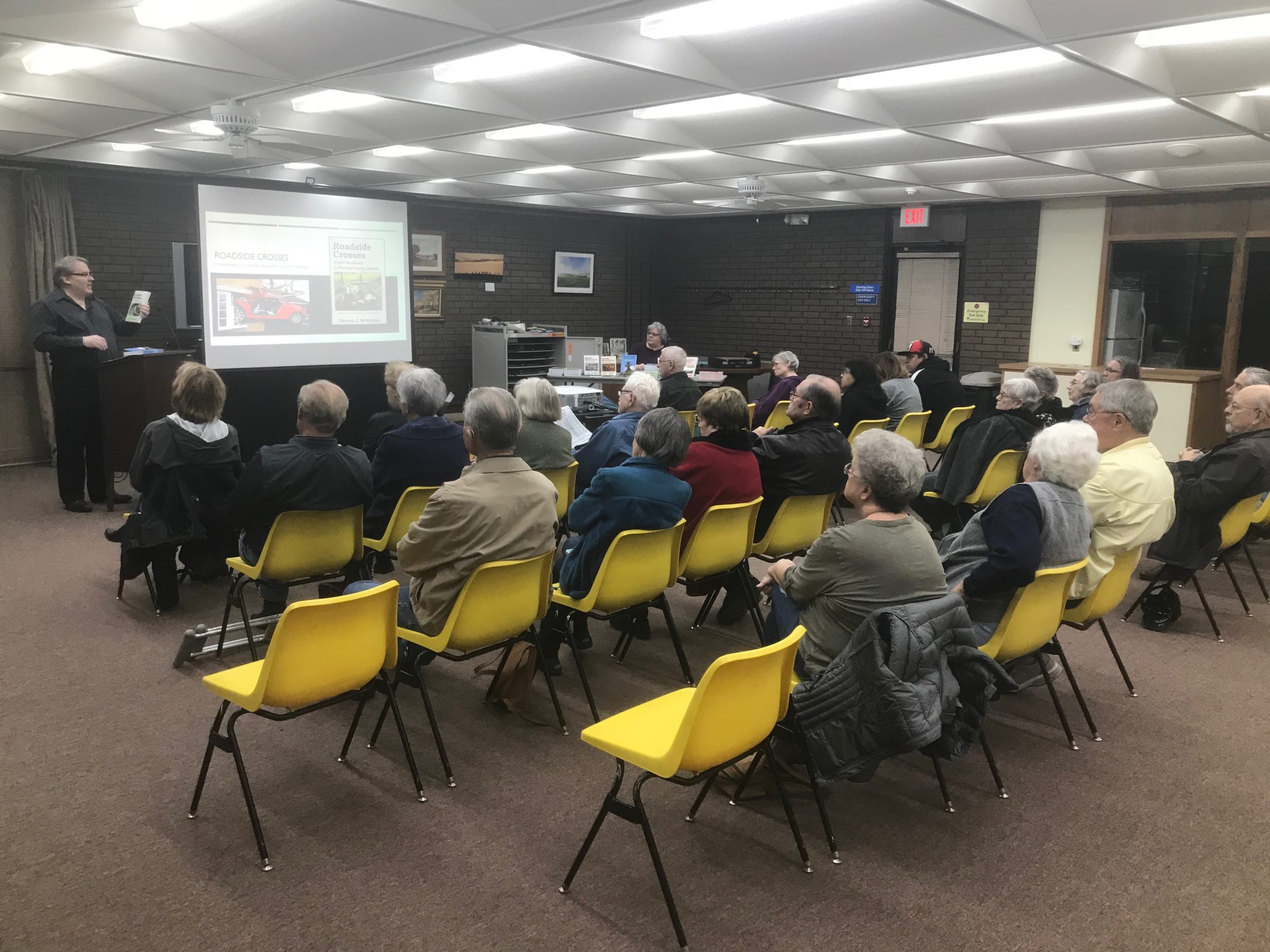 Darren talked about many train, buggy and auto accidents from Harvey County’s 19th and early-20th century history. For those of you who weren’t able to make it, I took a few notes.

Darren said that as a genealogist, he wants to learn as much as he can about the victims of these accidents

“I want to know their stories and what their lives were like, but most of that information is very hard to find,” he said. “These were real people and these events really took place in Harvey County. What is reported in the paper is the only tribute we have.”

What got reported in the papers—papers like the Newton Kansan, the Kinsley Graphic and the Newton Republican—was quite a bit more graphic than what you would find in a report on a car crash or railyard accident today. Phrases liked “cleaved in twain” and “terribly mangled” got deployed, where today a report would probably stop at saying that someone “died” or “was killed.”

Reporters are more reticent today out of respect for families and survivors, and because they don’t want to come off as vultures or craven opportunists. Darren said he understands that reasoning, but still wishes newspapers would report more detail, for the sake of future historians.

“This has to be a reminder to us to write down our own stories. Get them written down, and tuck them away,” in a place where children, grandchildren and great-grandchildren can find them, he said.

Not all the accidents Darren talked about were grim and dire ones. One newspaper story told of a runaway wagon with only a pig and a loaded gun on it. The gun went off, but nobody was hurt. Darren also found what may be the first printed complaint about speeding on Main Street—in an April 1893 edition of the Newton Kansan.

To conclude his presentation, Darren skipped forward nearly 100 years, sharing information about roadside crosses and memorials that are currently visible around Harvey County. His photos and findings can be found on the Harvey County Genealogical Society website, www.hcgsks.org.

Darren will be back at Newton Public Library, 7 p.m. on Tuesday, Dec. 17, to talk about the Fold3 online database of military records, a resource available to all Kansas residents via the State Library.