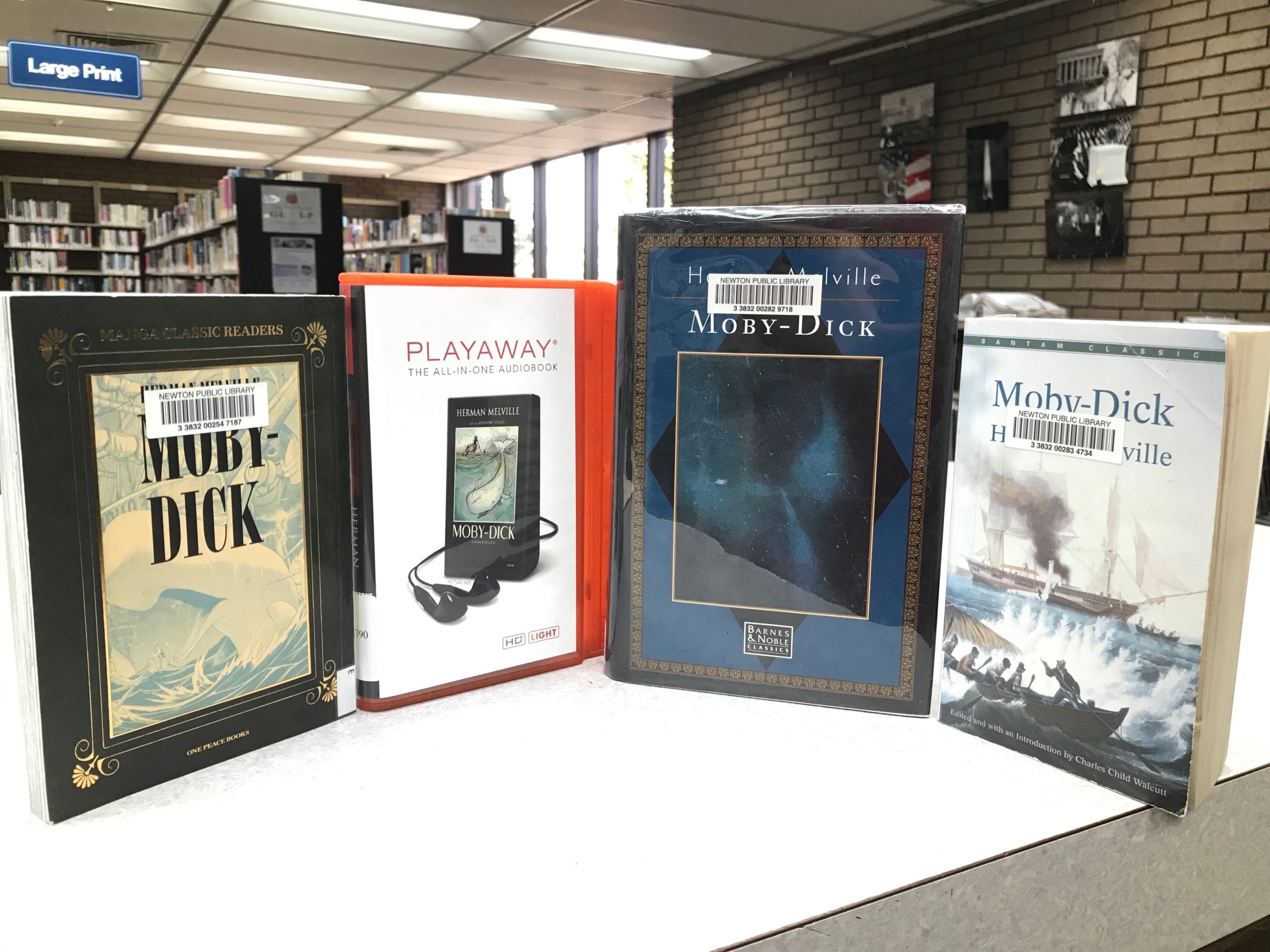 Over the decades, millions of American high school students have been assigned to read Herman Melville’s 1851 whaling epic, Moby-Dick.

The result? In 2019 – 200 years after Melville’s birth – millions of Americans have come to know and detest Moby-Dick.

Few high-school students are going to enjoy reading (and then being tested on) a 700-page novel; especially one that they didn’t choose for themselves; and especially one that invites (requires) them to plow through ornately-composed, hundred-word sentences.

At least the book’s cover holds out the promise of an exciting battle between a sailing ship and a giant whale – but many high-schoolers have lost patience and switched to Cliff’s Notes before they get anywhere near that climactic scene.

I would guess that Melville starts to lose his high-school audience a few lines down from that famous opening sentence, “Call me Ishmael.”

“Whenever I find myself growing grim about the mouth; whenever it is a damp, drizzly November in my soul; whenever…” – and the sentence continues from there, with further whenevers and the head-scratching word “hypos.”

As an adult, I read in such extravagant sentences a promise of both toil and reward. The toil consists of looking up what “hypos” means, in tracking the sentence structure and keeping a grip on the mechanics of the prose. The reward is in the voice Melville creates for Ishmael: unstinting, humorous, grave, sardonic and sincere.

The book is extraordinarily quotable. On Twitter, a user has handpicked 2,000 one-liners from Moby-Dick and set up an account, @MobyDickatSea, which posts them at random every two hours. More than 55,000 people subscribe, injecting a bit of sea-salt into their scrolling streams of political news, sports commentary and celebrity gossip.

I would bet that a minority of those 55,000 have read Moby-Dick from cover to cover. And that’s OK. Because they’re not in high school, so there isn’t going to be a test or a term paper. The brief quotes, by themselves, are worthwhile.

“Moby-Dick is a long book, and time is short,” the critic Nathaniel Philbrick wrote. “Even a sentence, a mere phrase will do.”

If you want a more substantial meal than “mere phrases,” there are still plenty of ways to proceed other than starting on Page 1 and charging ahead until you get to Page 768.

For one, you can start reading Moby-Dick, keep going until you get tired or distracted, give up, and start over later. I’ve done that three or four times.

For another, you can skip around. Some chapters advance the plot, while others do not, at least not directly. With 135 chapters, most of them quite brief, it’s easy to skip forward and circle back later – or not.

“Ahab isn’t the only one entitled to be a skipper,” Richard Armour, another critic, quipped. He’s right, but be warned: If you start hunting the white whale, you may find yourself, like Captain Ahab, in the grip of an obsession.

Resources at the library and online