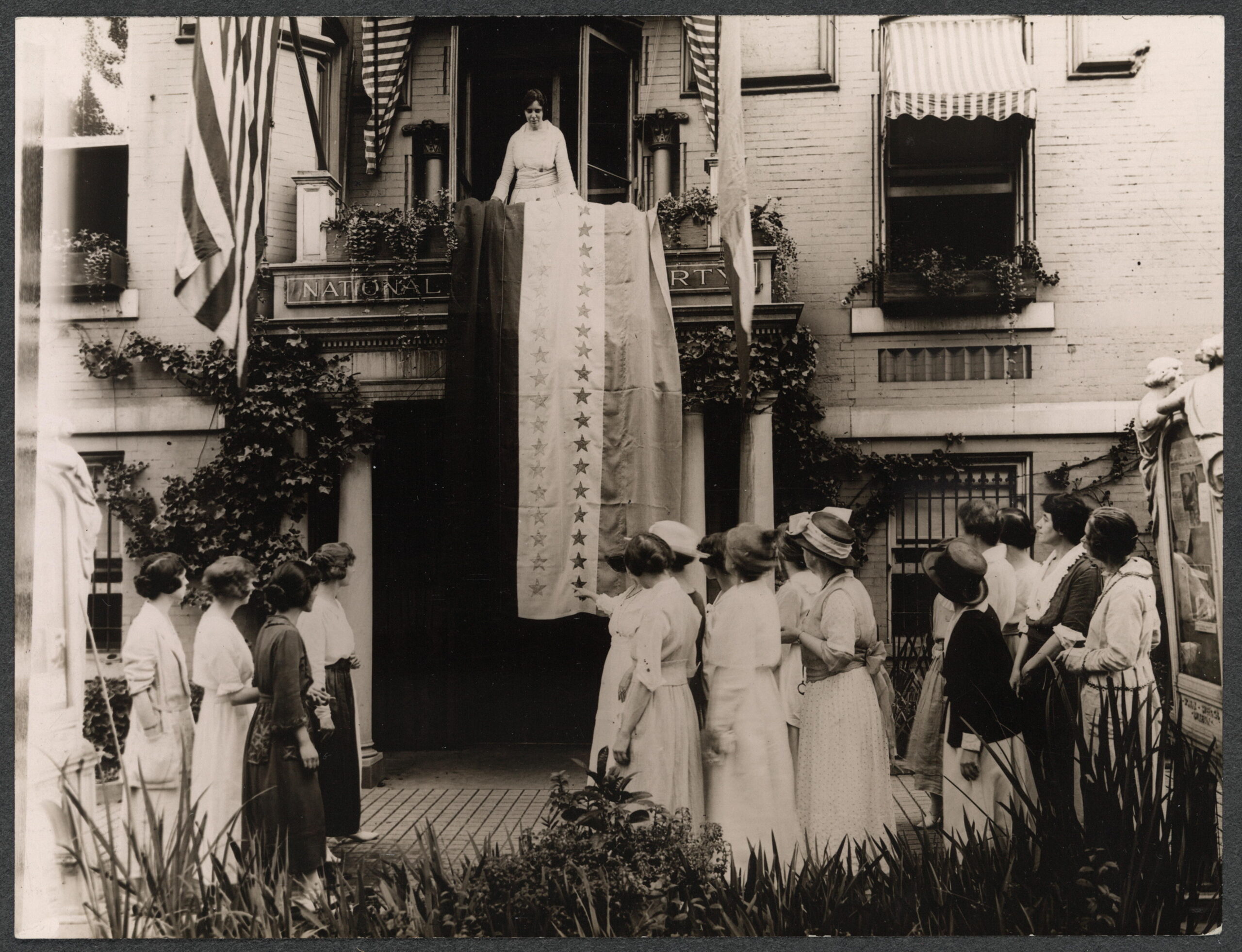 The Harvey County Historical Society is inviting everyone to participate in a fun activity to celebrate the 100th anniversary of the 19th Amendment, ratified in August 1920:

Even though Congress passed the Amendment in June 1919, it was not yet law. Constitutional amendments have to be approved, or ratified, by three quarters of the states. In 1920, there were 48 states. That meant that 36 states had to approve the 19th Amendment.

Each time a state voted to ratify the amendment, members of the National Woman’s Party sewed a star on their purple, white and gold Ratification Banner. It had room for 36 stars. When the last star was added, it would symbolize that the 19th Amendment was the law of the land. The last star was sewn on to the Ratification Banner on August 18, 1920 when Tennessee voted yes.

Click here for a printable ratification star pattern to decorate, or visit Newton Public Library and pick one up. How will your star represent you, your town, or the country? The sky’s the limit!

Return your star for display at Newton Public Library, or drop it off at the Harvey County Historical Museum.

Be on the lookout for news regarding a more formal celebration in the month of August, and be sure to check out the Harvey County Historical Museum Facebook page for updates and more information.