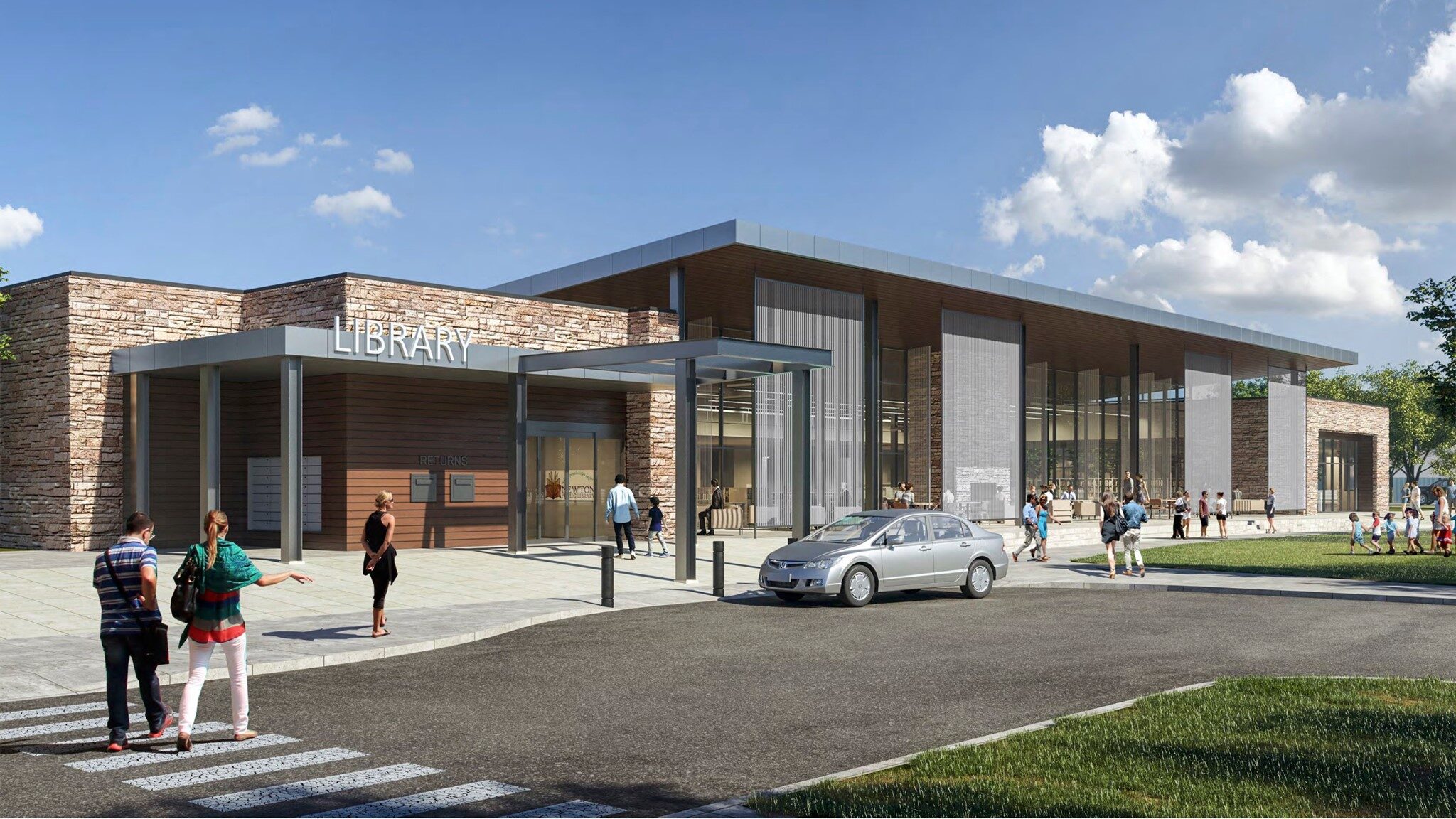 It’s October, and that means we are in the final month of the campaign to help fund a new Newton Public Library!

The campaign has reached its original goal of $2.7 million, but costs have increased since the initial estimates for this project were made, about two years ago. Through the Newton Public Library Foundation, we hope to raise approximately $600,000 this month, augmenting public funding from the City of Newton and Newton Public Library.

Soil borings taken a few months ago indicated that the project will require a deeper foundation than the one originally planned, adding $350,000 to the cost of the project. Other shifts in the construction market bring the total cost increase to about $455,000.

In addition, alternate items add another $150,000. These are items that could be added later, but will likely be more cost-effective and less disruptive to include in the initial project. Examples of alternate items include the infrastructure for an exterior mural and additional sun shades. To keep the project on schedule, gifts and commitments are needed by the end of October, in preparation of the project going to bid at the end of this year.

“We are in awe of the ways in which this community has stepped up and supported the campaign,” said library director Cari Cusick.

Gifts and commitments have come from a diverse array of individuals, organizations, businesses, and foundations. The City of North Newton recently committed funds to the project, as well.

“Every donation at every point has kept this project moving and gotten us to this point,” Cusick said. “We need one last push of support to literally provide the foundation for the new library, and to ensure that this needed community project crosses the finish line.”

The 30,000-square-foot new library will be built adjacent to the existing library in Military Park. Features will include a drive-through service window, updated children and teen areas, study rooms, seating areas, and additional meeting room space.

The library foundation is an affiliate of the Central Kansas Community Foundation, and online donations can be made through their website.

If you’re interested in making a commitment over a five-year period, or have any questions about the project or campaign, please reach out to library director Cari Cusick at 316-283-2890 or ccusick@newtonplks.org.